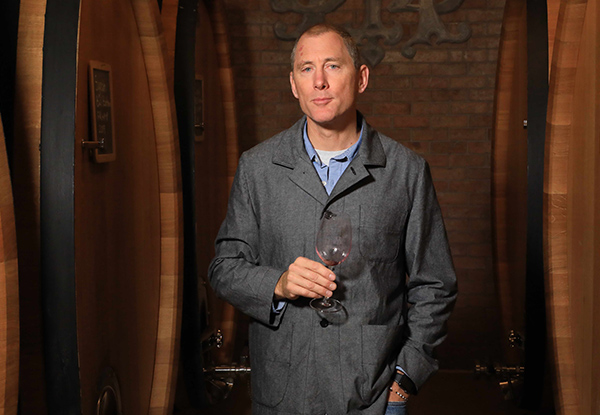 Adam’s journeyman phase began on graduating from Stellenbosch University with a degree in Oenology and Viticulture in 1997. Four years of alternating harvests between France and South Africa, with forays into Spain and Italy when he got the chance, provided an invaluable opportunity to not only discover new worlds of sounds and flavours but perhaps more importantly to experience the rich heritage of centuries-old European winemaking traditions.

These early years of Adam’s winemaking cemented his desire to understand the connection between agriculture, specifically viticulture and winemaking, and modern society in a rapidly changing world. What is it about wine that so enamours enthusiasts and the uninitiated alike? “I’m constantly amazed at the power this essentially humble beverage has to elevate our spirits and revive our minds”, says Adam, adding that “as an avid plantsman, I’ve always maintained winemaking is the logical conclusion to growing grapes. Perhaps it’s this deep-rooted connection to our agrarian past that gives wine such sway over our emotions…”

In 2003 Adam was appointed Cellar-master at the historic Klein Constantia Estate, a post he held for over 8 years. “Making wine at Klein Constantia was like being on one long field-study trip”, he recalls. “ I felt honoured (and more than a little nervous to be replacing someone of the stature of the late Ross Gower) to be custodian of such an important relic of South African history in the form of Vin de Constance. I also savoured every interaction with wine-lovers who came to Constantia from across the globe just to get a chance to taste “Le vin de Napoleon”…

A chance harvest in the Napa Valley introduced Adam to the new owners of Mulderbosch Vineyards, and so it was that he was invited on board at the end of 2011 to head the winemaking department of the newly transformed Mulderbosch. “I had the good fortune of meeting founding Mulderbosch winemaker Mike Dobrovic whilst still studying at University” recalls Adam, “I’ll always remember the way that despite my naivety, he treated me with dignity and respect. I try not to forget that simple but powerful lesson.”

“Meeting Wendy and Hylton Appelbaum at DeMorgenzon in 2010 was a memorable occasion” according to Mason. I had heard they were looking to fill the post of winemaker and I was invited for a chat”. It turns out that Carl Van Der Merwe was duly (and successfully) appointed to the post and wasted no time in making superb wines and positioning DeMorgenzon front of mind to consumers around the world. After a decade’s tenure Carl’s decision to take on new challenges opened the top post once more, and so it is that Adam Mason takes hold of the baton.

“I had to wait a decade, but it was worth it. I am over the moon to be part of the DeMorgenzon family”

After a decade of excellence, Carl van der Merwe passes the reins to close friend and fellow winemaker Adam Mason.