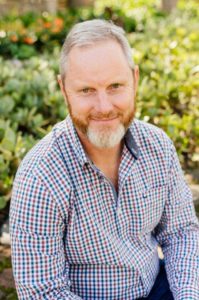 Originally from Gauteng, Alastair was intending to study horticulture at Stellenbosch University when he was inspired to change his future studies to viticulture by a chance meeting with the legendary Professor Eben Archer. Alastair describes chatting to an unknown stranger on the steps of the Neethling Building. “He spoke passionately about ‘growing’ wine, a concept that really sparked an interest. It’s amazing to think that a chance meeting on the steps outside the Viticulture and Oenology building was in fact the catalyst, not just for a career, but a passion for wine and the industry around it.”

Following his studies, he worked as assistant winemaker at Overgaauw Estate and then winemaker at Agusta Wines before deciding to travel and gain some international winemaking experience. This led to winemaking stints in the U.S.A. (California and Washington), New Zealand, Spain and Australia.  Through his travels he met renowned winemaker Chris Ringland and he offered him a full-time position at his company, R-Wines, as International Projects Winemaker. This based Alastair in California but kept him travelling and split his time primarily between the U.S. and Australia with a little work in Spain. In 2011 he relocated to Spain to further develop a new project there, but eventually decided to return home to South Africa where he was the Cellar Master at Kleine Zalze Wines for seven years, leading the winemaking team that propelled them to the pinnacle of the South African wine industry.

Alastair, having recently joined DeMorgenzon, hopes to draw on his extensive international and local experience to help build on their already stellar reputation. He says that he looks forward to having accountability for sustainable profitability and growth in a dynamic and progressive wine business within our ever-changing world of wine.